Envisioning the future for strategic planning 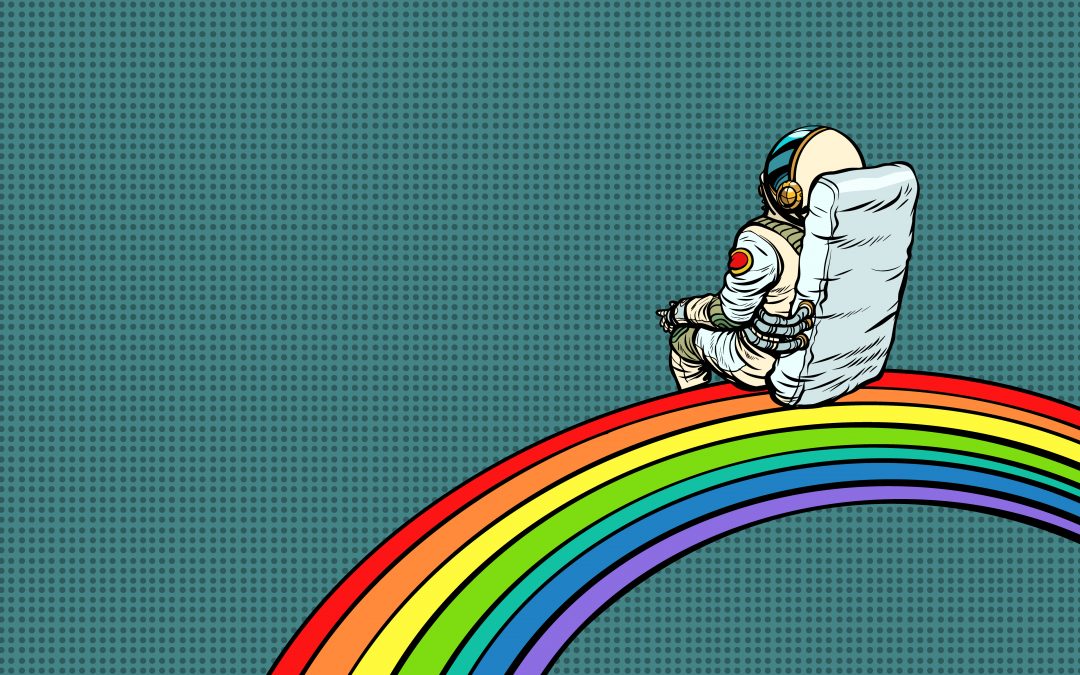 These are tough times and are going to require some tough decisions before we get out the other side. Last September, I started writing this piece with no great sense of urgency. This morning, I stumbled across it again and thought … if not now, then when?

The Futures Cone (below, adapted from Joseph Voros) illustrates the variety of possible futures that emanate from the current moment in time. The cone indicates an increasing range of possibilities further and further into the future. The features and colours of the Futures Cone are designed to structure our thinking about different possible futures and help us plan for them differently. 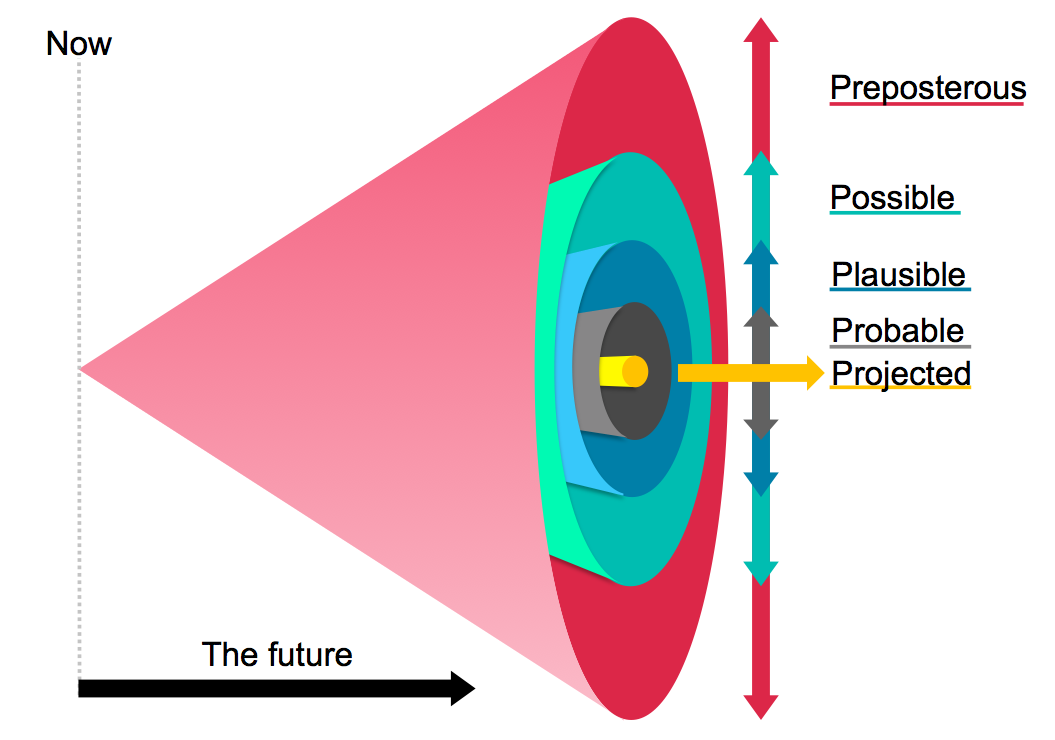 The centre-line of the cone is the projected future. This is the default option. This is what will happen if nothing changes. This is the business-as-usual line.

Around the projected future lies a range of probable futures. They are likely to happen, given present circumstances. The level of planning we undertake to accommodate these futures should be proportional to:

The extent to which we feel circumstances today are going to continue to shape the future as they are currently shaping the present. In other words, do we see disruption on the horizon?

Next we have plausible futures. Since they are outside the cone of probable futures, we are saying they are improbable, yet they could still come about. The means by which they could come about are known and are credible. Here, we possibly don’t need elaborate plans yet but we do need vigilance to spot when a plausible future becomes more probable.

Possible futures are both improbable and implausible, yet substantial changes in circumstances could still see them occur. The only planning needed here is to look for possible futures that would hugely impact us and which could be planned for relatively easily and inexpensively.

Preposterous futures are the ones that we scoff at and dismiss, yet still occasionally come about. These can often be useful provocations in futures-planning sessions. Identify a handful of preposterous futures that are improbable, implausible and impossible. Now try to work out why they are so preposterous and what would need to change to make them possible? Now, do we still think they are as preposterous as we did originally?

Part of the value of the Futures Cone is the recognition that things frequently move from preposterous to actually happening, and hence need to be planned for. President Kennedy’s plan to land a man on the moon before the end of the decade was considered preposterous by many commentators in 1961. Within a matter of months landing a man on the moon was realised to be possible and within a few years, it became plausible. It only in the last year or two before the actual landing that it started to be considered probable.

A very different preposterous future was the United Kingdom crashing out of the European Union with no deal governing any aspect of our future relationship with our former European partners. For the first 18 months after the original Brexit referendum (see background, timescale and key votes) most people (politicians and public alike) were focused on the withdrawal negotiations. What kind of deal would we get? A no-deal Brexit was considered by most to be preposterous. By January 2019, when the Government had secured a negotiated withdrawal agreement but that agreement was rejected by Parliament, a no-deal Brexit turned into a possibility. When Boris Johnson became the UK Prime Minister in June 2019, a no-deal Brexit became plausible and after his prorogation of Parliament it looked probable.

So, how does this relate to strategy? Firstly, I am a strong advocate of maintaining clear separation between a strategy and a strategic plan. A strategy is a compelling vision of the future. It is about the destination we seek and the path we choose, to get there. As such, it should be resilient in the face of changing circumstances. A strategic plan, on the other hand, is a programme for transformational change. It is all about people, priorities, resources, targets and deadlines. It needs to adapt and evolve.

A strategic plan should be designed to cater for both projected and probable futures. It should ideally have contingency plans for plausible and possible futures. And it should ignore preposterous futures until the time they start to transform themselves first into possibilities and eventually into probabilities.

Envisioning the future is hard. Structured and systematic processes like the Futures Cone make it just that little bit less hard.

Thanks to Neil Perkin‘s post on Possible Futures for first pointing me to the Futures Cone, an idea originating from Charles W Taylor in 1990 (p14 of pdf) and most commonly associated with Joseph Voros, from whom the image above was adapted.

I’m running a free webinar on Strategy Governance in times of crisis at 12pm (BST) on Wednesday 03 June 2020. It would be great if you could join me.